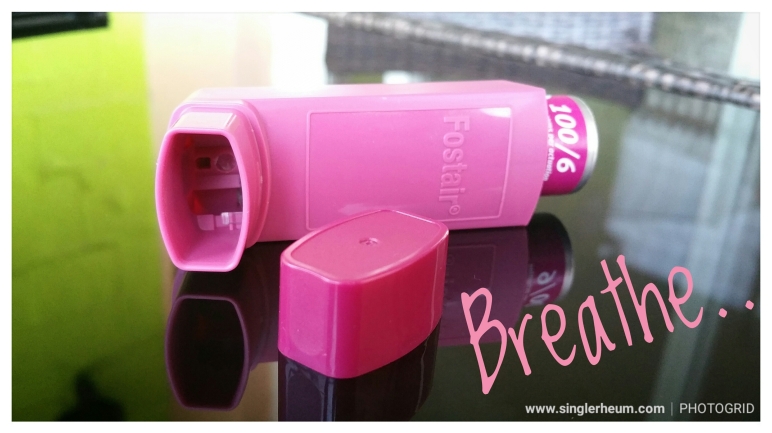 Firstly my apologies for sneaking in a wildcard at the end of RA Blog Week, but I’ve been suffering badly with fatigue which is unfortunately not conducive to blogging!

It’s been a long year already, and it’s left me a little tired. Let me take you back almost 12 months….

October 1st last year I started coughing. An irritating dry cough that was constantly annoying. By the beginning of December my GP ordered a chest xray ‘just to cover all bases’ and prescribed a steroid inhaler to help with the cough, which we thought might be Bronchitis.

Around Xmas I started getting breathless on exertion, and over the next few weeks this got worse. My xray came back showing ‘some scarring’. I’ll cut a long story a little shorter here but over the next few months I had a number of attempts at spirometry tests which failed as I coughed too much, though they did indicate a restrictive breathing pattern. At this point I was referred into the hospital, and after more detailed HRCT scans, Fleuroscopy, a bout of pneumonia and extensive lung function tests it became apparent that the RA has attacked my lungs. 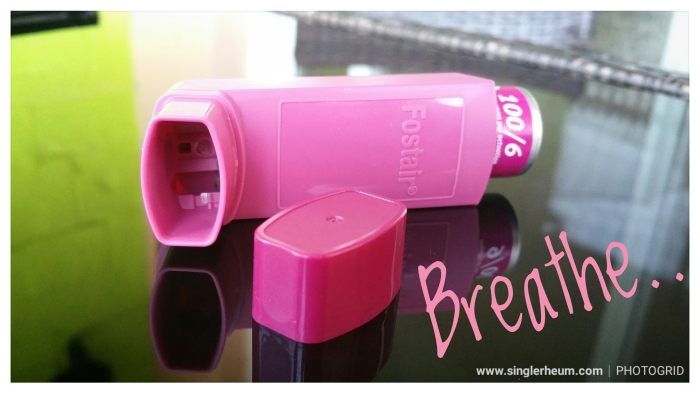 In the last meeting with my thoracic consultant I got to see the scans, including a short “video” of my lungs breathing. It’s fascinating to see, you know me and wanting the fine detail! What it’s also shown is that on top of the lung damage – which is very likely from the RA – my right hemidiagphram is significantly elevated, though still thankfully working. The diaphragm is essentially the muscle that moves your lungs when your brain says breathe.

I’m saying it looks like RA damage because the jury is still out, there’s still a small chance it could be pulmonary fibrosis and not interstitial lung disease – further tests will keep an eye on progression of the lung damage and help identify the cause.

But essentially parts of my lungs have become inflamed, and then hardened, reducing my lung capacity and making it harder to breathe. On top of that the raised hemidiagphram is squashing the bottom of my right lung which just increases the breathlessness. We don’t know why that’s elevated so investigation is needed there too.

There is no fix, no cure. Lung tissue can’t be repaired. At the moment my consultant doesn’t feel this will significantly shorten my life, but we all know life don’t come with guarantees. I’m not being negative here, just sharing the facts as they’ve been put to me.

Unfortunately whether I live another four years or forty, I will have to live with this constant breathlessness. It was particularly difficult the first few days here in Cyprus as my lungs struggled with the hot air, making breathing incredibly hard even on mild exertion. This has now eased somewhat, hopefully in part due to the new inhaler I’m on.

But daily life has become that much harder. What makes me breathless? Making a coffee. Having a shower. Getting dressed. Turning over in bed. Walking short distances on crutches. Cooking. Basically everything. I’m also increasingly tired, probably due to low oxygen saturation levels which are being monitored, but on top of ME/CFS this has been a big drain on my already limited energy. I’m slowly learning to take pacing activity to the nth degree, quite literally tiny baby steps.

There have been moments when this has been very scary, but I’ve come to realise it’s almost like starting over again with a new chronic illness. Except this time I’m better prepared. I don’t need to slog through the ups and downs of adjusting mentally because I’ve been there. I’m certainly not willing to allow – or even in a place where – this can knock me down.

So, both mentally and physically I take those baby steps forward. I still meditate regularly, practice mindfulness and gratitude daily and these help keep me sane (ish!). In all seriousness without these I’d have been floored by yet another chronic health issue, but living in the now definitely reduces stress reactions. I’ve had my moments believe me, but they’ve been mostly manageable.

I think it’s important to remember that as with my first diagnosis of RA, this isn’t an end but the start of a new, slightly tougher path. And with the support of some amazing friends and family I can learn to live with this too.

Please remember as always nothing on my page is intended as medical advice and any errors are my own!

2 thoughts on “RA & Lung Disease, or my struggle for breath”